Seniors Need to Set an Example for Young Voters 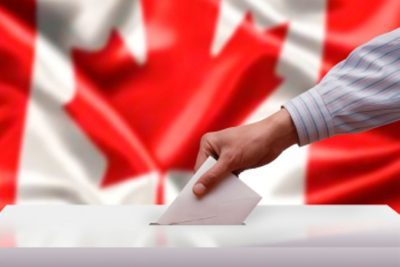 On October 21, Canadians will be heading to the polls to vote in the 43rd federal election.

With seniors representing nearly 16 per cent of Canada’s population, they must continue to set an example for younger voters and remember to cast their ballot.

In the last federal election, those aged 65-74 had the highest participation rate of all age groups with a turnout of 78.8 per cent. Meanwhile, 57.1 per cent of eligible voters between 18-24 voted in 2015. Although this was an increase (of 18.3 per cent) from the 2011 election, there are still many Canadians that aren’t heading to the polling stations on election day.

Democracy depends on people voicing their opinion and voting for what they believe in. When we look back through all the elections since Confederation in 1967, voter turnout for all eligible voters was at the all-time high in 1958 with a 79.4 per cent casting a vote. The lowest turnout ever was 60.9 per cent in 2004. Campaign offices and election officials do what they can to get as many eligible voters out as possible, but seniors need to encourage young people as well.

“Talk to your children and your grandchildren about the importance of voting,” said Jody Kehler, Senior Living Specialist. “It might even be as simple as reminding them that it’s election day. People are busy and sometimes they just forget to vote.”

If you don’t follow current affairs, pay attention to news stories or even really understand the political landscape, there are plenty of online resources to help you to determine what the political parties stand for and their views on certain issues.

When it comes to issues concerning seniors, some of today’s political parties have identified several different areas where they might be able to help seniors. Some of the issues that have been addressed in this year’s election include boosting Old Ag Security, creating a national senior strategy which includes a national dementia strategy, increasing the Age Tax Credit, as well as adjusting the Criminal Code with new penalties for elder abuse.

Many of the six million Canadians that represent seniors also view a universal, national Pharmacare program and having a strong public health system that provides quality health care as priorities.

These concerns affect seniors today and those in the future. So, remember that your vote not only helps to hold elected officials accountable, but it also helps seniors to press the issues that matter most to them.